Trichoderma, the “fighting fungus,” helps humans in many, many ways. It is used to give jeans a stone-washed look, increases biodigestibility of barley before it is given to chickens and, most importantly, is good at eating bad fungi, which makes it a great biological control tool for farmers worldwide. Whether fusarium wilt on tomatoes, clubroot on broccoli, or pink rot in onion, Trichoderma kills them all.

In Asia, a large cottage industry produces the fungus and makes its products available to smallholders. Trichoderma holds great potential for East Africa, but few entrepreneurs are producing or distributing the fungus, and scientists are not fully aware of Trichoderma’s capabilities. Therefore, on 20-23 July 2015, a three-day course was organized at AVRDC Eastern and Southern Africa to introduce scientists to this fantastic fungus. Professors Sevugapperumal Nakkeeran and Karthikeyan Gandhi, experts in the field, flew in from Tamil Nadu Agricultural University in India to teach the course. 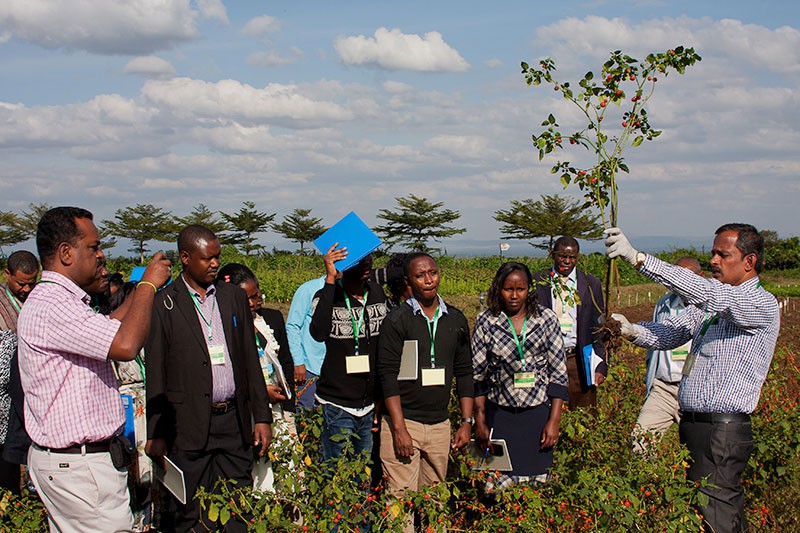 Prof. Sevugapperumal Nakkeeran shows participants how to look for healthy roots that may harbor beneficial fungi.

The course was opened by Muni Muniappan from Virginia Tech University, the Director of the IPM Innovation Lab, and AVRDC Regional Director Thomas Dubois. The IPM Innovation Lab, a new $18 million program, is working hard to raise the standard of living for people in Eastern Africa and South Asia by designing and spreading environmentally sound agricultural practices to address emerging pest and disease problems that plague farmers in developing countries. “Trichoderma has been a godsend in treating fungal diseases in Asia, and local businesses can make good money growing the fungus,” Muni said. “Together with the International Institute of Tropical Agriculture (IITA), RealIPM and Alpha Seeds, AVRDC has been researching the use of Trichoderma as an inoculant for tomato seedlings with great results, so we know what this fungus is capable of doing.”

The course was attended by 22 high-level scientists in the fields of plant pathology, entomology and IPM from Ethiopia, Kenya and Tanzania. Participants visited the field to collect maize and vegetable roots, and isolate their own fungi from these samples. Practical sessions comprised media preparation, screening Trichoderma for its efficacy against soil-borne pathogens, identification of Trichoderma species, ways to count spore densities, and mass production using cheap substrates. Participants also collected and studied other beneficial soil microbes, such as Rhizobacteria and Pseudomonas. During lectures, the instructors talked about shelf life, formulations and delivery mechanisms, registration and regulatory issues for Trichoderma and other biopesticides, and current low cost mass production technologies.

Getting the numerous fungal isolates, proper culture media, and laboratory teaching materials organized for the in-depth practical sessions required a lot of preparation and planning. George Mahuku, Juma Yabeya and Harun Muriti from the International Institute of Tropical Agriculture (IITA) in Dar-es-Salaam, Tanzania, were instrumental in ensuring participants had all the necessary tools at hand to properly study the fungus. Zara Shortt, Financial Coordinator of the IPM Innovation Lab, as well as Jason Smith, AVRDC Entomologist, also helped greatly in preparing the course and ensured all participants returned happily.

One week after the USAID Innovation Lab training on Trichoderma, another workshop about the fungus was hosted for private sector representatives and scientists at AVRDC in Arusha. Twenty growers representing Tanzania’s vegetable, tree fruit and flower industries learned a new set of practices for IPM from RealIPM co-founder Louise Labuschagne, who explained how to tackle a host of hard-to-beat pests and diseases including whiteflies, fruit flies, thrips, and common foliar and soil-borne diseases. RealIPM offers a range of beneficial fungi, bacteria and mites that, when integrated into IPM strategies, can break cycles of pest resistance to conventional pesticides while reducing farmer reliance upon more toxic alternatives. Biopesticides offer the additional benefit of allowing beneficial insects to thrive in farm fields where they would otherwise be suppressed by conventional pesticide sprays. RealIPM is headquartered in Kenya and has been at the forefront of biological control on the African continent. With such strong interest from the public and private sectors, biological controls are set to boom in the region. 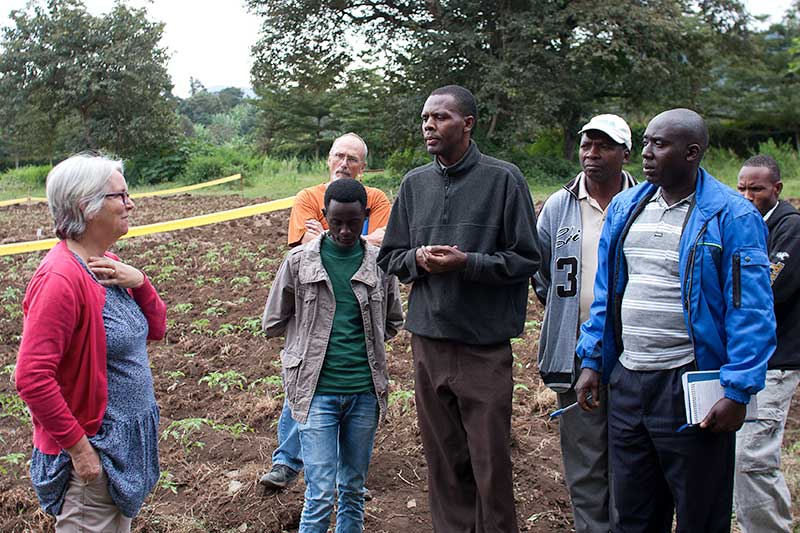 RealIPM co-founder Louise Labuschagne explains how to tackle a host of hard-to-beat pests and diseases including whiteflies, fruit flies, thrips, and common foliar and soil-borne diseases. 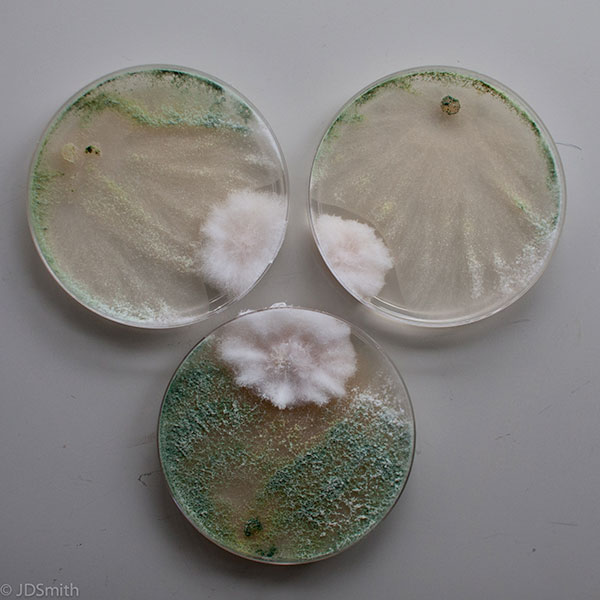 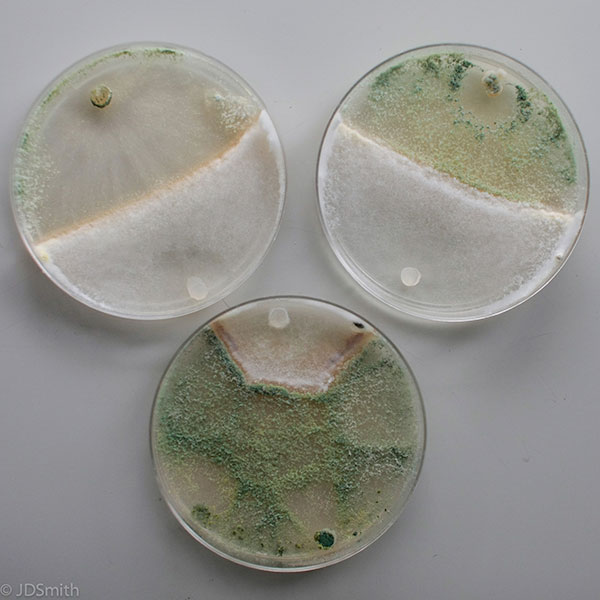 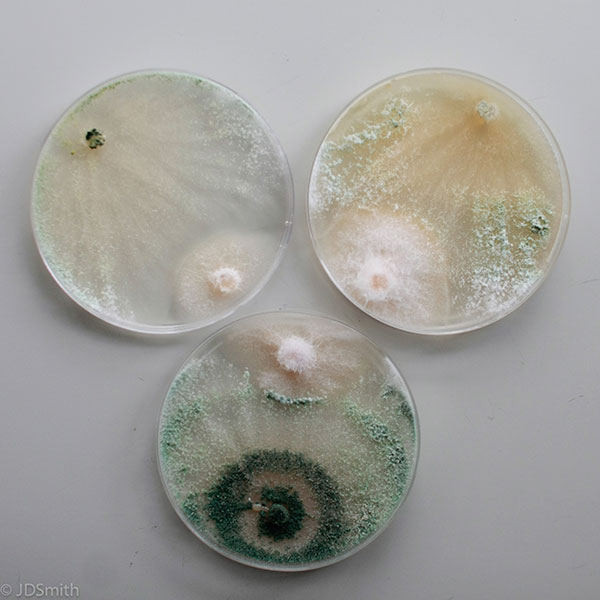 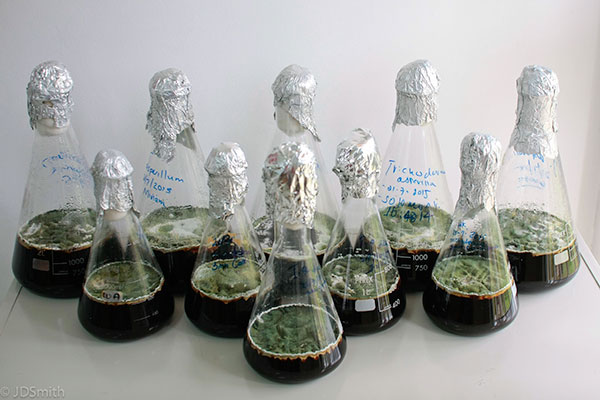 Trichoderma asperellum propagated on a molasses and yeast medium 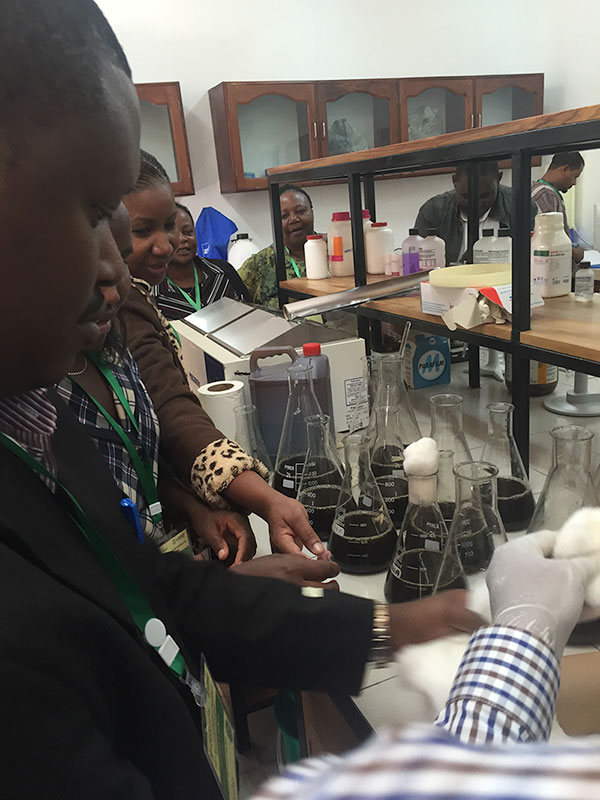 Participants making medium to select the fungi they isolated.