Rotten onions stink, and in the past any Indian farmer who kept his crop for months after harvest was all too familiar with the smell.  But thanks to a WorldVeg project in the eastern state of Odisha, farmers who keep their onions now experience the sweet smell of success and the promise of much higher incomes. 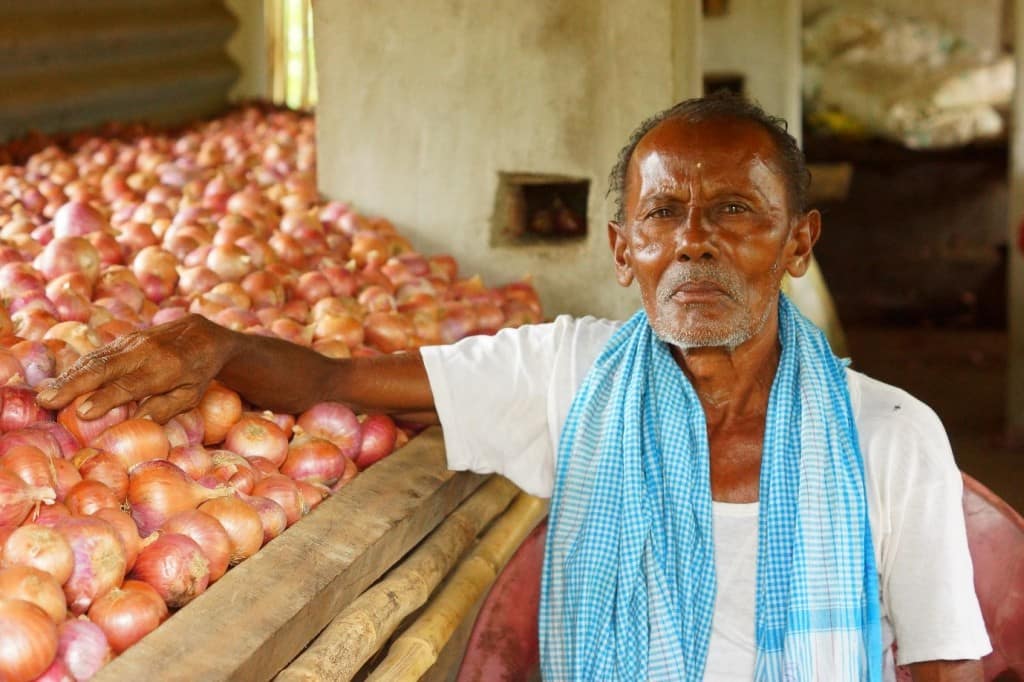 In India, onions are a daily dietary staple for almost everyone, but massive price fluctuations that anger both farmers and consumers are the norm.

Odisha farmers only grow onions during the dry winter or Rabi season because they lack good storage.  Fearing the usual gluts when everyone else harvests (and the consequent price drops) they harvest as early as possible to try to beat others to market.

If farmers could only keep their onions for one month after harvest, they could double returns, from Rs 5-7/kg to Rs 10-12.  If they could keep them for at least three months, they could get at least four or five times the price, from Rs 20-30/kg.

But they can’t, because their crops are harvested immature.

When onions are harvested too early or too late, and if they are not properly cured, sorted and graded, not only do farmers lose out—so do traders and consumers who buy inferior products that won’t keep. 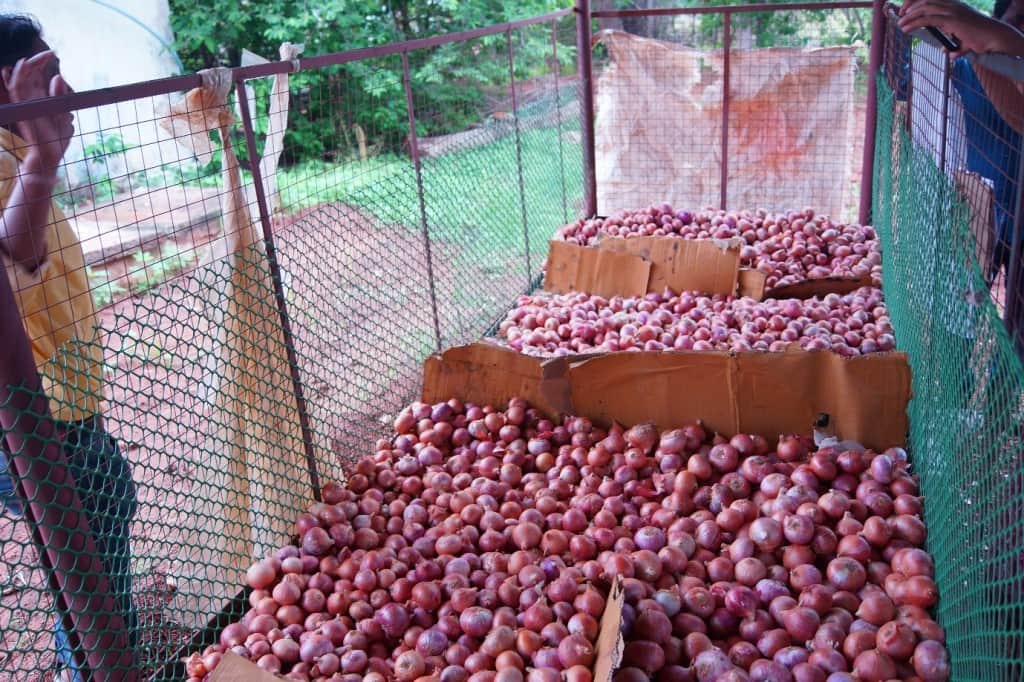 “This year I invested a big amount of money in onion and also bought a huge quantity of onions from small farmers,” said Mr. Patra, a progressive farmer and trader from Bohidarpada village in Bolangir district. “I stored 3350 bags with a capacity of 50 kg each, but after two months of storage, most of the onions were spoiled and I could recover only 150 bags. This is a huge loss for me.”

Storage losses of onions depend on how the crop is grown, the timing of harvest and how bulbs are dried, and on storage conditions.

In early 2016, WorldVeg started a project on “Onion value chain improvements in Odisha state,” funded by the Odisha Department of Horticulture with the support from the Central Government’s National Agriculture Development Scheme (RKVY). It is led by Dr. Arshad Pal. Five project officers based in the project districts work directly with farmers to introduce the best times and methods for onion harvesting, curing, sorting, grading, and storage.

They taught farmers to delay harvesting until 70-75% of leaves bend and fall over the bulbs, and then to field cure them for 2-3 days until the leaves yellow.  Following neck cutting they are kept under shade to further dry and cure for 10-13 days. Bulbs are then sorted and graded to remove those that are thick-necked, bolted, damaged or sprouted.  They are then stored in low-cost, well-aerated structures to wait for the inevitable price rises at the end of the season.

The onions harvested, cured, graded, and stored under the guidance of the WorldVeg team look (and smell) remarkably different from those in conventional storage. Farmers are delighted with the results.

“Previously I wouldn’t store onions as I didn’t know about postharvest handling and used to sell my crop immediately after harvest,” Mr. Duryodhan Hati from Kalimati village in Nuapada district said. “WorldVeg staff trained us about proper harvesting, curing, sorting and storage techniques and this year I’ve been storing my onions for the past two months and not a single onion has spoiled till now. I’m expecting a storage life of 2-3 more months to get a better price.”

Having been shown what is possible, farmers are now keen to store their onions for longer, and sell for higher prices during the off-season. In the long term, improved handling and postharvest practices will help balance seasonal supplies and demand, ensuring a more even and fairer price – and fewer rotten onions. 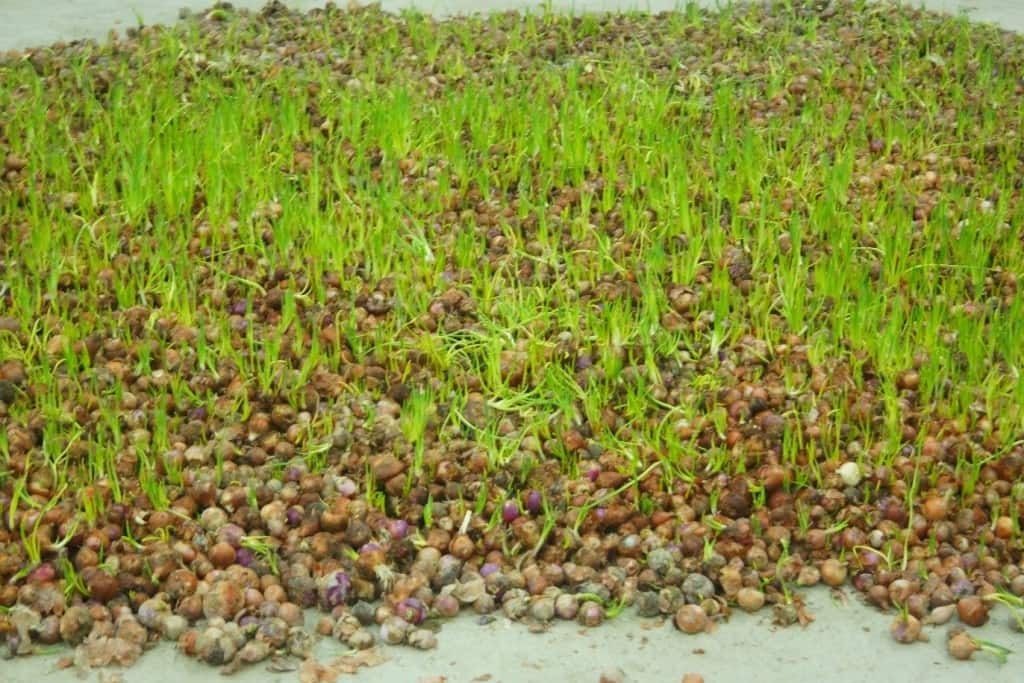