G2P-SOL: A global research alliance to preserve and revive the genetic resources of Solanaceous crops

The World Vegetable Center is a partner in a new € 6.9 million initiative funded by the European Commission to focus on the cataloguing and characterization of global potato, tomato, pepper and eggplant genetic resources

Potato, tomato, pepper and eggplant together make up 66% of the horticultural crop production in Europe, and potato alone is the staple food for over 800 million people worldwide. These four crops belong to the Solanaceae family, and their centres of biodiversity are in South America (tomato and potato), Central America (pepper), Africa and Southeast Asia (eggplant). Their transfer to Europe in historical times has considerably narrowed down their genetic diversity, making them more susceptible to climate change and emerging pests. The “great potato famine” which occurred in Ireland in the 19th century due to the appearance of the pathogen Phytophthora infestans is a tragic example of the possible consequences of such susceptibility.

G2P-SOL is a global research alliance of 19 full and 20 associated partners from 4 continents. The project is funded by the EC Horizon 2020 programme with a total budget of €6.9 million and will run from March 2016 to February 2021. It aims at bringing to full fruition the seeds from tens of thousands of genetic accessions of these four crops that are stored in genebanks worldwide. Understanding and utilizing this genetic diversity is key to the sustainability of agriculture as the climate changes and new pests appear. This is hampered by scarce publicly available information on the accessions and on the extent of the duplications between different collections.

“Genetic diversity is most efficiently preserved when the germplasm is well-characterized, widely available and employed in agricultural practice,” said Prof. Giovanni Giuliano from ENEA and coordinator of G2P-SOL. “Thus, scientists, breeders and farmers need to become familiar with the tools used to preserve, catalogue and assess the germplasm, using publicly accessible information on its diversity and associating it with phenotypes and agronomic traits.”

G2P-SOL will first generate a “genetic blueprint” of the accessions stored in genebanks worldwide and catalogue the available genetic diversity and the extent of the duplication. Based on this catalogue, G2P-SOL will generate core collections, composed of a manageable number of representative accessions for each species, which will be extensively characterized in order to understand the characters and genes stored in the global gene pools. This information will be made accessible through an open access platform to end-users (breeders, farmers’ associations), enabling them to focus their work on the most promising groups of accessions. The exchange of genetic materials within and outside the project will adhere to the provisions of the International Treaty on Plant Genetic Resources for Food and Agriculture and of the Nagoya Protocol on Access and Benefit Sharing.

G2P-SOL will advance science and education in the following areas: 1) defining and maintaining genetic pools for crop improvement; 2) generation and analysis of phenomic and genomic data and their linkage with genebanks; 3) pre-breeding and germplasm enhancement; 4) training, workshops and public outreach. By setting up a unified information platform, the G2P-SOL gateway, and the characterization of a large subset of worldwide germplasm, the value of such germplasm collections will tremendously increase. 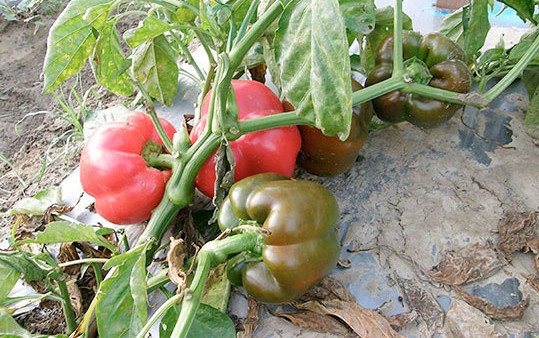