This beautiful bitter gourd comes from good stock: Both parental lines of hybrid ‘NBH-FIGO’ recently released by Noble Seeds were bred by the World Vegetable Center. 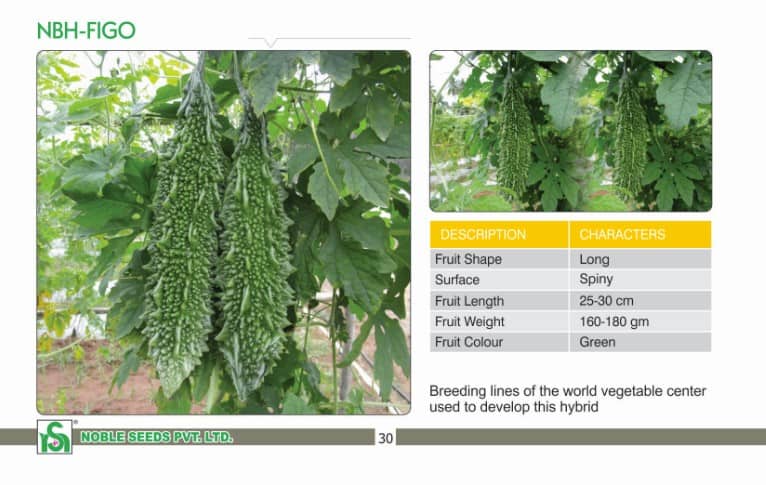 Noble Seeds, a contributor to WorldVeg’s global cucurbit breeding program, said that ‘NBH-FIGO’ has outperformed other bitter gourd hybrids in trials in India.

Early maturity is one of its most attractive characteristics. Most commercial bitter gourd hybrids take around 60-65 days to attain marketable maturity, but ‘NBH-FIGO’ has broken the threshold and matures in 49 days. This extremely high yielding bitter gourd has moderate resistance to powdery mildew and a high female to male flower ratio.

Bitter gourd is grown on approximately 340,000 hectares across Asia, with India and China accounting for more than half the production. It is consumed in soups, stews, curries, and salads. It has been used as a folk remedy for a range of ailments, including type 2 diabetes. The fruit contains at least three active substances with anti-diabetic properties, including charantin, which has been confirmed to have a blood glucose-lowering effect, vicine, and an insulin-like compound known as polypeptide-p. These substances work individually or together to help reduce blood sugar levels.