HONORED BY QUEEN AND COUNTRY

Dr. Dyno Keatinge, former Director General of the World Vegetable Center, will receive an MBE (Member of the Most Excellent Order of the British Empire) for his “services to tropical agriculture and the reduction of both poverty and malnutrition in the developing world,” the British Foreign Office announced on December 31, 2016.

Dr. Keatinge, who now resides near Garriston in North Yorkshire, England, served as WorldVeg DG from 2008-2016. He was recommended for the award by the Foreign Office for his work with the world’s foremost research and development institution for the improvement of vegetables.

During his tenure, the Center’s researchers increased the productivity of tropical tomatoes and other vegetables, developed climate-smart pest- and disease-resistant vegetable varieties, and distributed home garden seed kits to thousands of families across Asia and Africa to enhance the nutritional quality of their diets.

After retirement, Dyno became an honorary life fellow of the International Society of Horticultural Science and chairman of a consulting firm, Tropical Agricultural Development Advisory Services.

Commenting on his award, he said: “This came as a complete surprise; I have accepted it on behalf of the team who have worked very hard to alleviate poverty and disease.”

Dyno is among 503 people who will receive MBEs for their work in education, health, economics, science, sports, law, and the arts. The awards will be presented by Queen Elizabeth II at Buckingham Palace in June 2017. “I am looking forward to my visit to the Palace immensely,” said Dyno. 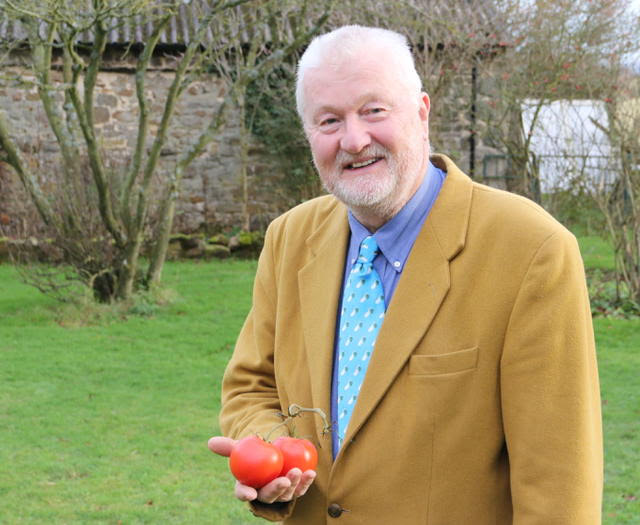