The World Vegetable Center Liaison Office in Cameroon organized an onion field day in the North region of Cameroon at Baila on 21 February 2017 in collaboration with the Commodity Value-Chain Development Support Project (PADFA).

PADFA recognizes the importance of onion seed production by farmers, which can be attributed to the ongoing effort of World Vegetable Center staff. The aim of the field day was to promote local certified onion seed produced by farmers who have received training to become professional seed producers.

One hundred and twenty-three farmers (43 women, 80 men) representing 48 Commons Initiative Groups (CIG) from the six main onion production areas in the North and Far North regions attended the field day. The professional seed producers shared their experiences with other actors in the onion value chain. Guests included Lamido, the PADFA representative in the North and Far North, the chief of the Institute of Agricultural Research for Development (IRAD) station in the North, the regional director of a seed company (SEMAGRI), seed controllers and inspectors, and the divisional and subdivisional delegates of the Ministry of Agriculture and Rural Development (MINADER).

Participants split into four groups, and lead seed producers guided each group around the one-hectare seed production area. Participants were mostly interested in ways to manage root rot in onion. Other questions concerned the use of organic pesticides in seed production, how to certify onion seed, how to ensure isolation for pure lines, and how pollination takes place. Several farmers wanted to know the difference between seed production using the entire bulb (a new method introduced by WorldVeg) versus a half-bulb (an old method practiced by farmers). The group plans to develop a descriptive sheet to promote local onion variety Goudami. 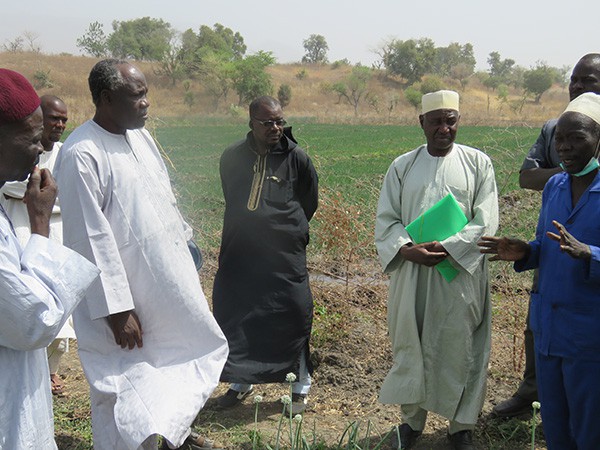 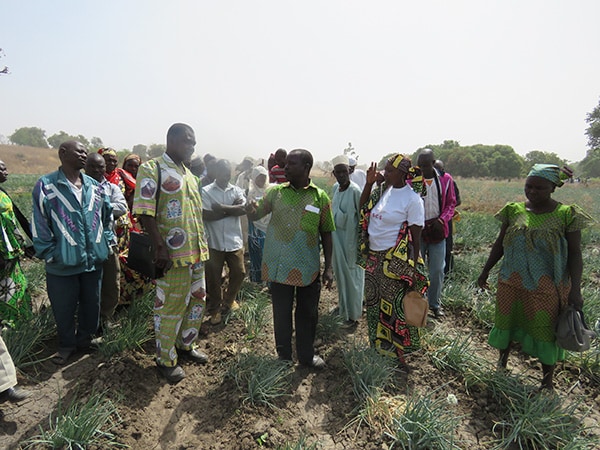 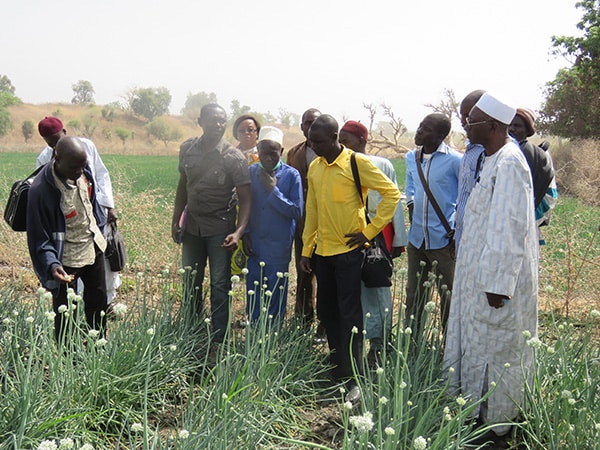