Plants are the inspiration and income the motivation for a young Ghanaian graduate to take up farming as a career. 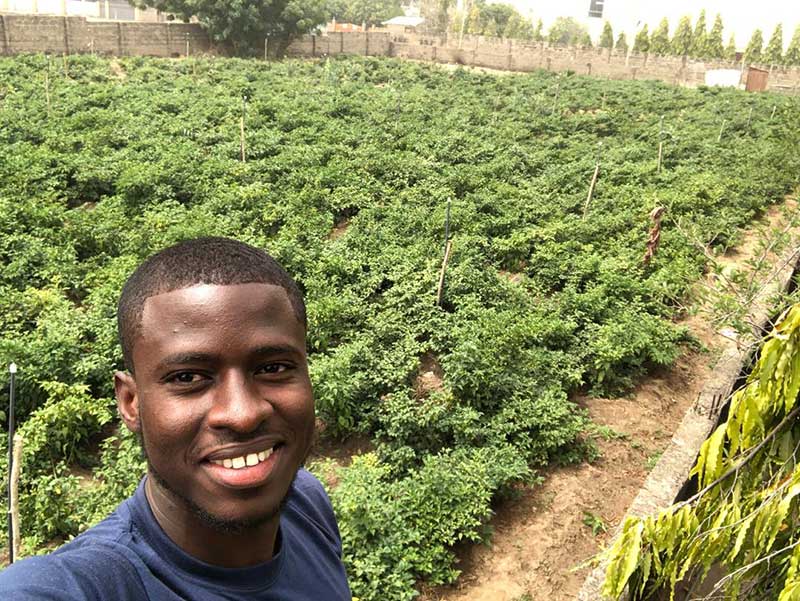 Jude Adda sees great things ahead for his pepper farm!

Agriculture in Ghana has a problem: the farm workforce is aging, but young people tend to view farming as an occupation for old, illiterate, or rural people and don’t have much interest in pursuing agriculture as a career. Few can envision agribusiness ventures that could provide job security, a stable income, and help sustain the populace. This perception represents an enormous challenge to the country’s food security. With few employment options available—especially in the northern regions of Ghana, where agriculture is the primary economic activity—many young men and women, including recent university graduates, migrate from their rural communities in search of greener pastures in urban centers such as Kumasi and Accra.

Jude Valentine Adda is a 29-year-old university graduate who has a different view of farming. Although he holds a degree in Applied Biology from the University of Development Studies in Tamale, Ghana, he is determined to become a successful farmer. His parents had a backyard garden, which he credits with inspiring his strong interest and love for growing plants since childhood.

“The idea of putting a seed in the ground, nurturing it and watching it grow and bear fruit was fascinating for me and that sparked my passion,” Jude said.

Jude started his farming career in 2011 where he cultivated five acres of maize in the community of Gia before enrolling at the university. Unfortunately, he had limited resources to continue farming and had to pause for a while.

Because of his passion to succeed in farming, Jude decided to try dry season vegetable production in 2017 by planting peppers on half an acre in his backyard. It wasn’t long before his lack of technical knowledge and the costs to manage the operation dampened his desire. He did not possess enough capital to hire ploughing services, purchase chain link fencing to protect his plants, or connect to a sustainable water source for irrigation. On his initial investment of GH₵ 6,840 (US$ 1,281), he made GH₵ 3,915.00 (US$ 733) from selling his produce—a discouraging return.

Jude’s outlook on horticulture improved when he was enrolled by the World Vegetable Center (WorldVeg) as a non-lead farmer under the vegetable value chains component of the USAID-sponsored Africa RISING Sudano-Sahel project, led by the International Institute of Tropical Agriculture (IITA) with WorldVeg as a partner. The project is being implemented in the Upper East and Northern regions of Ghana.

Jude participated in technical training sessions on good agronomic practices for vegetable production and received WorldVeg chili pepper seed and onion seedlings. WorldVeg also provided Jude with a water pump to help him lift water from a nearby borehole to his farm. With the technical advice from WorldVeg research assistants and field technicians, Jude successfully established a pepper nursery in July 2019 and transplanted his seedlings in September 2019. “I thank WorldVeg for putting my dream back on track,” he said.

Jude reinvested his capital to mechanize his farm by installing a drip irrigation system and sprinklers, and by purchasing other equipment to connect to the main lines of the Ghana Water Company Ltd. He has also been able to clear his debt from his first season.

He plans to mechanize a borehole where he can access water all the time, and hopes someday to purchase his own land for vegetable production, as he is currently renting. He’s saving to purchase a tractor and a plough, to better time land preparation and production for market. “Being linked to potential buyers at all times is very important,” Jude said. He is exploring more market options to sell his produce.

Jude is a man with vision. Over the next four years, he intends to become a major supplier of vegetables such as pepper, onions and tomatoes in Ghana. He is following trends in the tomato market, which is largely  controlled by organized irrigated farmers from Burkina Faso. He intends to bring about change and make a difference not only for himself but for other youth in his environs, the region and Ghana at large. He also sees himself growing and multiplying selected and approved seeds of pepper, tomato and onion varieties and to be the main supplier and marketer of those seeds to farmers in his community and beyond. 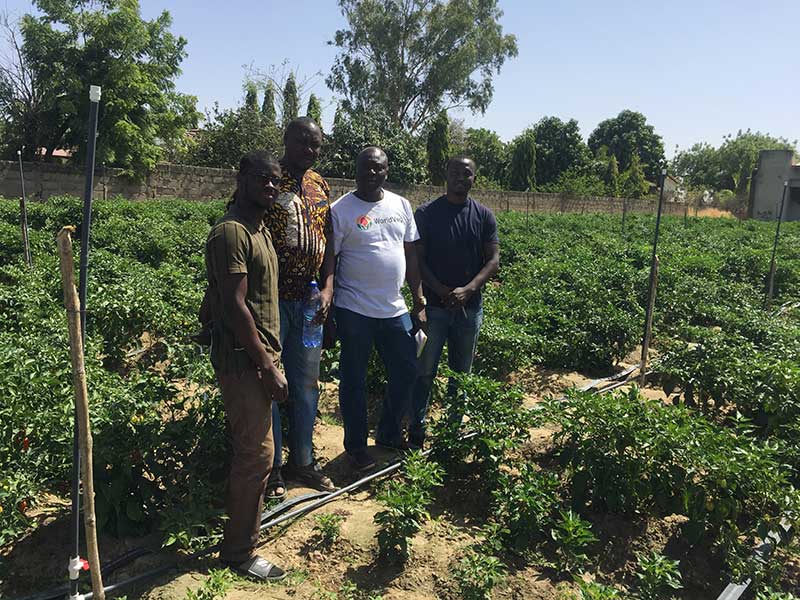 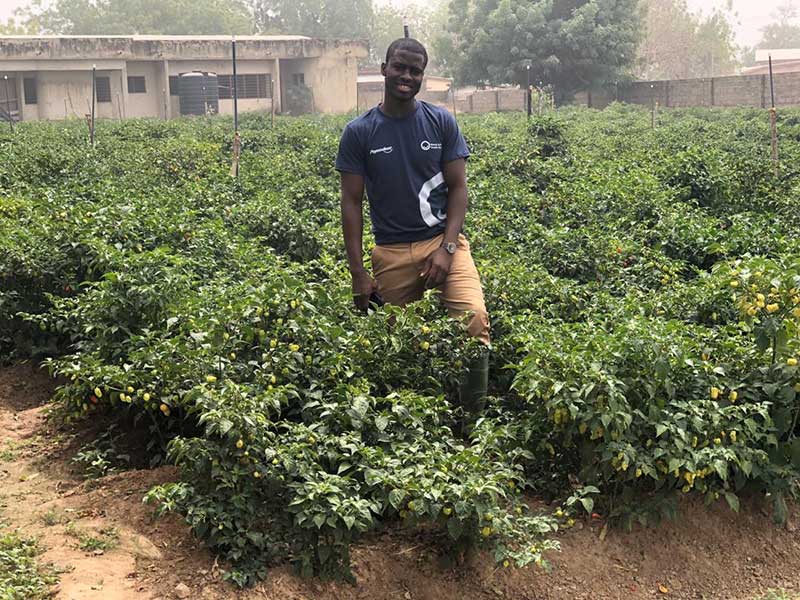 Jude Adda: A young farmer outstanding in his field! 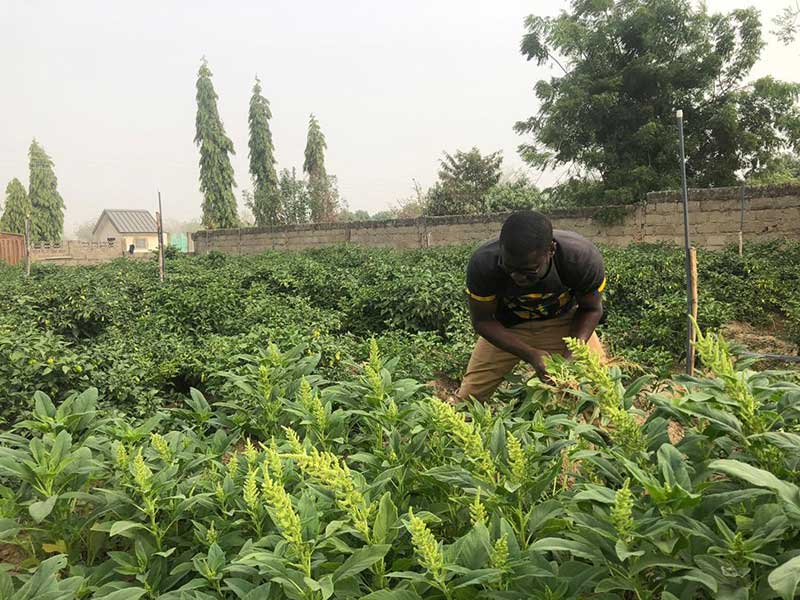