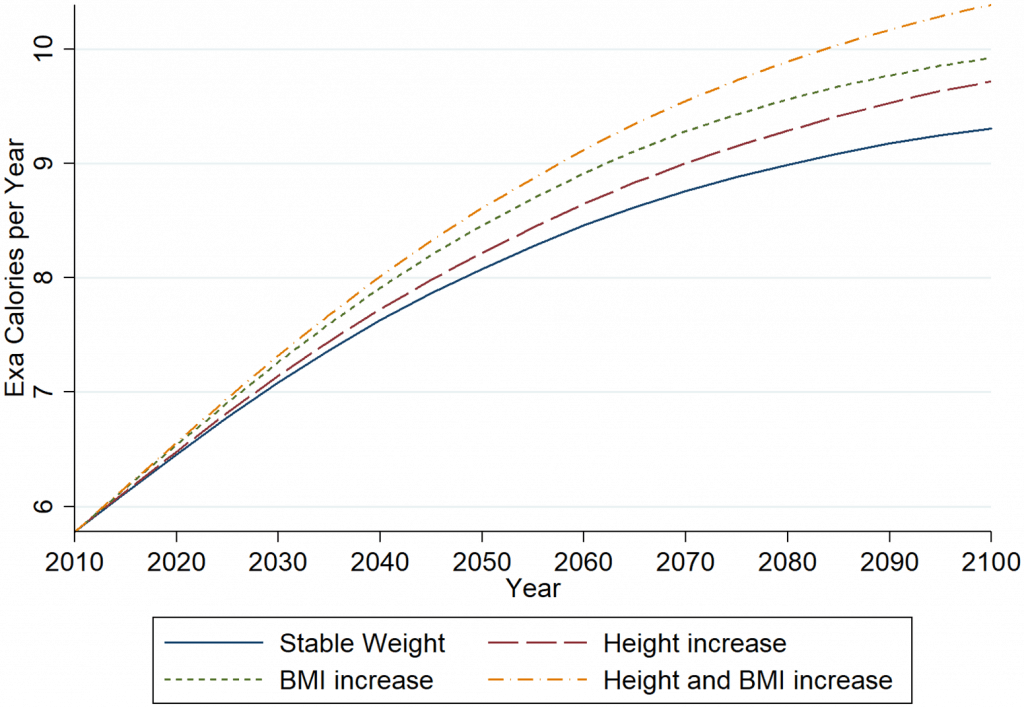 Estimations of the global requirements for calories up to the year 2100 according to the four scenarios.

In most countries, average body height and body size is increasing. Rising Body Mass Index (BMI), which evaluates weight in relation to height, and increasing body height will lead to greater demand for food in the future.

That’s the conclusion of development economist Professor Stephan Klasen, from the Faculty of Business and Economics at the University of Göttingen, and his then-doctoral student and current World Vegetable Center postdoc in impact evaluation Lutz Depenbusch, who designed a scenario to investigate how calorie intake could develop between 2010 and 2100.

Klasen and Depenbusch set out on a different path to determine how the actual quantity of food that people would like to consume could change.

Earlier changes in the Netherlands and Mexico were used as a benchmark. “The developments in these countries are very pronounced, but they do represent a realistic scenario,” says Depenbusch.

Even if both BMI and height were to remain constant, global calorie requirements would still increase by more than 60% by 2100 because of population growth. With rising BMI, as observed in Mexico, and increasing height, as seen in the Netherlands, there would be a further increase of more than 18%. This means the increase in global calorie requirements between 2010 and 2100 would be one third larger—reaching a total increase of nearly 80%.

The poor will be the most affected if global agriculture cannot meet the increased need for food. Richer people will be able to maintain their eating habits, while poorer people will struggle to pay higher prices for food caused by increased demand and scarcity.

“This would lead to increased consumption of cheap food, high in calories but poor in nutrients,” says Depenbusch. “As a result, body weight among the poor would continue to rise alongside malnutrition and poorer health outcomes.” 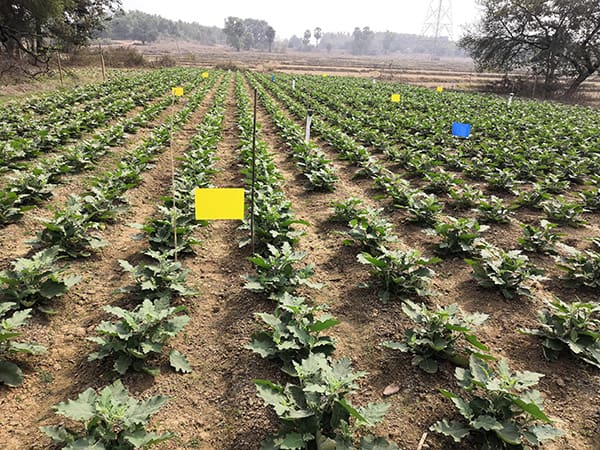 Will global agriculture be able to meet demand for food in the future?