What is a vegetable?

Ever tried to come up with a definition of vegetables? Narinder Dhillon, WorldVeg Cucurbit Breeder, and Pepijn Schreinemachers, WorldVeg Flagship Program Leader for Enabling Impact, give it a try. 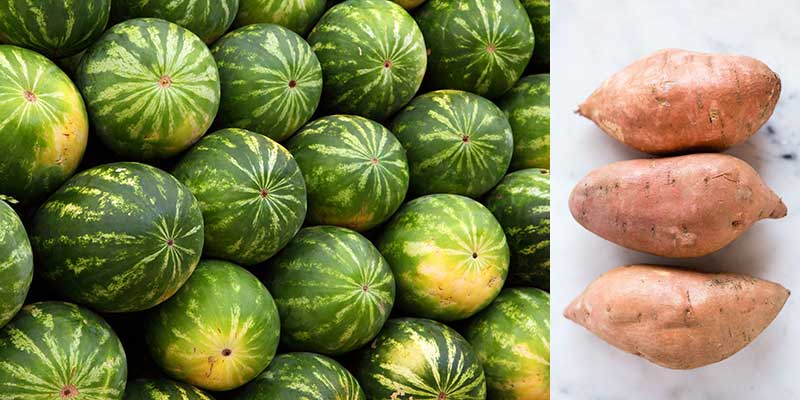 Vegetable or fruit or root? Melons and sweet potatoes refuse to be bound by human classification.

Most people will agree that an apple is a fruit and a carrot is a vegetable. Yet discussions can heat up when trying to agree on whether tomatoes and melons are fruits or vegetables. World Vegetable Center researchers are sometimes asked about the definition of vegetables, but the answer is not that straightforward.

In botany, the seed-bearing parts that develop from the ripened ovary of a flowering plant are considered fruits. Tomatoes, chilies and melons are therefore fruits botanically speaking. By the same token, spinach is a leaf, a broccoli is a flower, and a carrot is a root. These botanical terms refer to plant parts, not to the whole plant. There is no botanical definition of a vegetable.

Most people will think of vegetables as edible greens, herbaceous (meaning, non-woody) short-duration plants that can be grown in gardens, or plants that are eaten at the immature stage. But there are exceptions, as not all vegetables are green, some grow from trees such as the leaves of the moringa tree, and tomatoes really taste better when they are mature.

Vegetables are therefore commonly defined based on their culinary or cultural uses. Vegetables are typically consumed during the main part of the meal rather than as a snack or dessert, in part because most fruits are sweet and most vegetables are not. It is also important to discriminate between vegetables and root crops such as potatoes, sweet potatoes, cassava and yams. In horticultural courses around the world, these root crops are typically considered vegetables, sometimes called root vegetables. However, in terms of culinary uses, these starchy vegetables are distinct because they are high in energy and make us feel full, but are low in essential minerals and vitamins. Food grains and grain legumes are similarly starchy in nature. It is interesting to note in this respect that when the World Vegetable Center started operations in 1973, white potato, sweet potato, mungbean and soybean were included as the Center’s priority crops for breeding (alongside tomato and Chinese cabbage). Of these starchy four, nowadays only the mungbean breeding program remains. Even the World Vegetable Center has adjusted its definition of vegetables over time.

Based on the above considerations, we propose to define vegetables as mostly herbaceous annual plants of which some portion is eaten, either cooked or raw, during the principal part of the meal to complement starchy food and other food items.

When defining vegetables based on cultural use, the problem arises that some plants are and are not vegetables at the same time. The leaves of sweet potato, cassava and cowpea are eaten as vegetables, but their roots or grains are not. Potatoes are culturally considered vegetables in South Asia, but are a considered a starchy staple in most other parts of the world. Papayas and mangoes are consumed as vegetables when eaten at the immature stage, but consumed as fruits when they are mature. Likewise, mungbean and soybean are vegetables when used as bean sprouts, but are starchy food items when used as grain.

Melons are a case in point. Melons and watermelons are both annual herbaceous species and part of the Cucurbitaceae family. Most cultivated species in this family are culturally considered vegetables, including cucumber, pumpkins, zucchini, luffa, and bitter gourd, and some melons are eaten as cooked vegetables in some countries. Melons and watermelons share similar cultural practices with other cultivated cucurbits. These crops are often classified as vegetables, even in FAO statistics. 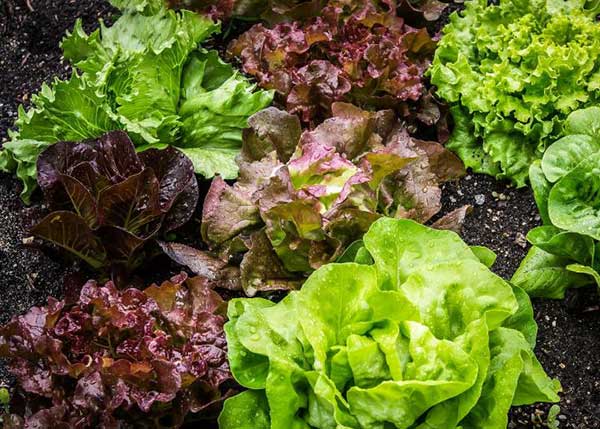 Lettuce agree to disagree on what constitutes a vegetable!