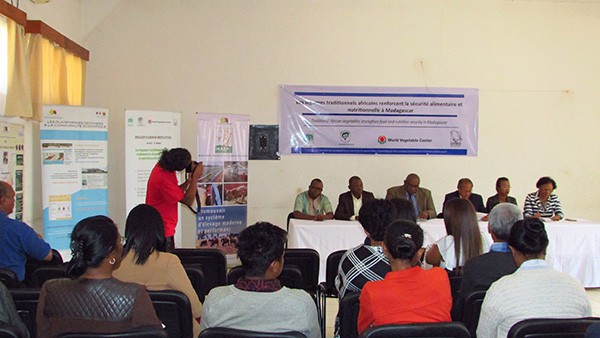 Stakeholders’ workshop for the Darwin Initiative in Madagascar.

Madagascar has long been a human crossroads of African and Austroasian settlers. It is also a place where traditional food plants such as African eggplant, African nightshade, and Vigna legumes have the potential to diversify Malagasy farming systems and secure the benefits of biodiversity for the poor.

A project workshop was organized on 4 October 2019 by the Darwin Initiative and the World Vegetable Center (WorldVeg) to bring together stakeholders from different ministries and directorates in Antananarivo to discuss the challenges involved in unlocking the potential of traditional African vegetables.

Officials from FOFIFA, the national agriculture ministry, opened the workshop by highlighting the importance of traditional vegetables for nutrition and poverty alleviation, and acknowledged the efforts of the World Vegetable Center and the Darwin Initiative to support Madagascar in the rescue of the country’s vegetable genetic diversity.

Dr. Justus Ochieng, WorldVeg Scientist – Impact Evaluation and Scaling, introduced the World Vegetable Center’s activities and explained how to access seed of traditional vegetables as well as breeding lines and varieties developed by the Center.

N’Danikou also gave an overview of traditional vegetables and their importance for achieving the Sustainable Development Goals (especially SDG 1 & 2). He identified four points for sustainable utilization and conservation of these crops:

Dr. Tendro Radanielina, head of the Mention Biologie et Ecologie Végétales, University of Antananarivo, highlighted results of different biodiversity censuses carried out in Madagascar with an emphasis on cultivated crops such as rice, sweet potato, beans, and cassava. Malagasy biodiversity is conserved both in-situ and ex-situ but the overall ex-situ conservation infrastructure is weak.

Mr. Herimiamina Andriamazaoro from FOFIFA discussed the state of vegetable production, traditional varieties and landraces in Itasy and Vakinankaratra regions. A situational analysis revealed vegetable production has received less attention from government programs since 2006, with support to seed production limited to a set of popular crops. The poor quality of seed produced in the country constrains farmers’ ability to produce successful harvests. 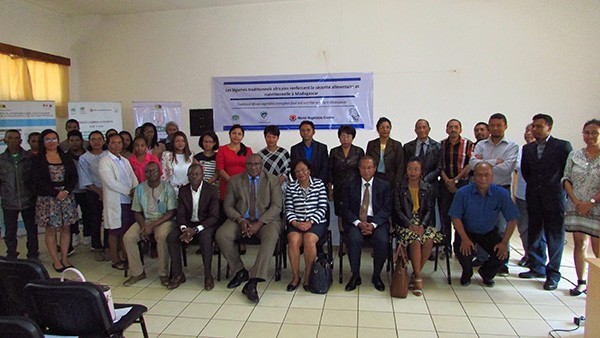 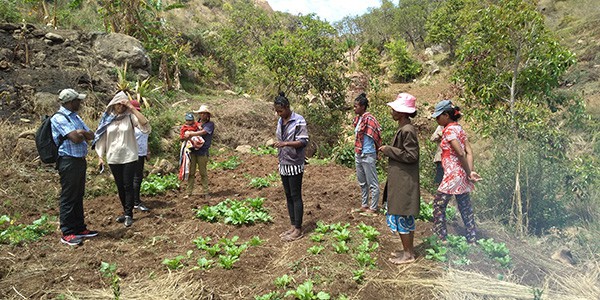 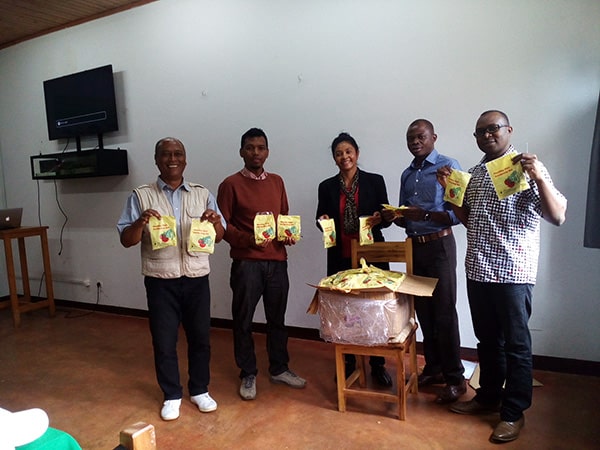