A photograph of home gardener Bibi Mwanaidi and her grandson with African nightshade seeds Mwanaidi harvested from her garden in Tanzania claimed second place in the Feed the Future 2017 photo contest!

Photographer Rhiannon O’Sullivan, a communications volunteer from Australian Volunteers International who worked at WorldVeg Eastern and Southern Africa in Arusha, Tanzania in 2016, took the photo.

Mwanaidi will plant these seeds next season.

Feed the Future encourages people like Mwanaidi to grow traditional vegetables like the nutrient-rich, hardy, and productive African nightshade in their gardens for better nutrition. Check out the other winners on FeedtheFuture.gov! 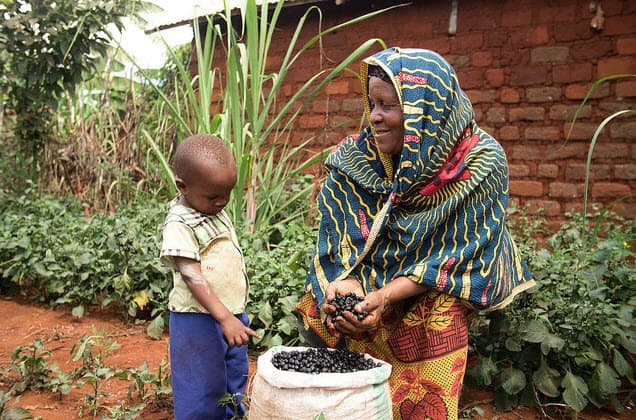