Pesticide misuse is a widespread problem in vegetable production systems in Southeast Asia.  Studies from the World Vegetable Center show the extent of the problem, identify drivers, and point at possible solutions. Strong action will be needed to reduce Southeast Asia’s reliance on pesticides. 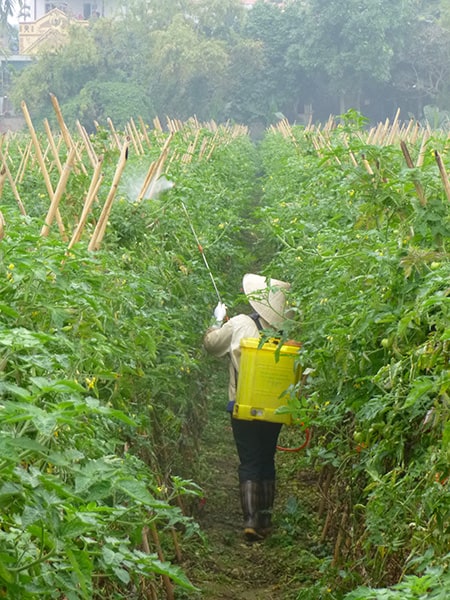 The misuse of pesticides in agriculture (including overuse, incorrect use, as well as the use of obsolete products) is a problem the world over, and especially affects vegetable production systems in lower-income countries. Quantities of pesticide use per kilogram of harvested product are many times higher in most vegetables than in cereals. Unsafe practices of mixing, spraying and storing pesticides on the farm is dangerous to farm workers and their families. Consumers are affected by unsafe amounts of pesticide residues on the vegetables they buy and eat. The environmental consequences of pesticide misuse include poor soil health, surface and groundwater pollution, and the killing of beneficial insects, birds and aquatic animals.

Three recent papers authored by World Vegetable Center staff and partners document the scope of the pesticide problem in vegetable systems of Southeast Asia. The Federal Ministry of Economic Cooperation and Development of Germany and other core donors to the Center funded the research.

The research confirms that the use of agricultural pesticides in Southeast Asia has skyrocketed during the last 20 years. Pesticides have become so easily available that a pesticide retailer can nowadays be found in nearly every village in Thailand and Vietnam. These two countries have recorded growth in agricultural pesticide use of 7-10% annually over more than 10 years. Levels of pesticide use are much lower in Cambodia and Laos, but these countries appear to be catching up quickly.

The research collected primary data by interviewing 1,000 farmers producing yard-long bean and leafy brassicas in Cambodia, Laos and Vietnam. These data show that:

“These results clearly show that farmers in Southeast Asia spray excessive amounts of pesticides,” explained Pepijn Schreinemachers, WorldVeg Flagship Leader for Enabling Impact and lead scientist for the studies. “The good news is that farmers could earn a lot more by drastically reducing their pesticide use.”

Improving the situation will require “carrots and sticks”—incentives and deterrents. In terms of “carrots,” vegetable markets need distinct channels for safe vegetables so that consumers have a choice and farmers can receive a price premium for quality products. Better availability of and access to biocontrol products such as biopesticides is also important; this requires research as well as regulatory reform and perhaps incentives such as subsidies. Extension systems also need to pay greater attention to promoting safe methods of vegetable production. Important “sticks” would include restricting access to the most problematic pesticides and fining traders who sell unsafe vegetables, both of which require strengthening agencies’ capacity for monitoring and enforcement.

Most farmers are aware of the problem of pesticides, but often have limited knowledge of alternatives or feel they have no choice. The health effects of pesticide exposure are mostly long-term, while the farm needs to generate profit on the short-term to fulfill family needs. With continued support from the Federal Ministry of Economic Cooperation and Development, WorldVeg and partners in Cambodia and Laos—East-West Seed Foundation, International Development Enterprises, Department of Agriculture (Laos), and the General Directorate of Agriculture (Cambodia)—will train 15,000 vegetable farmers in Cambodia and Laos in integrated pest management and good agricultural practices over the next three years, particularly targeting off-season production when market prices are more favorable. Such large-scale interventions are important to reduce Southeast Asia’s troubles with pesticides. 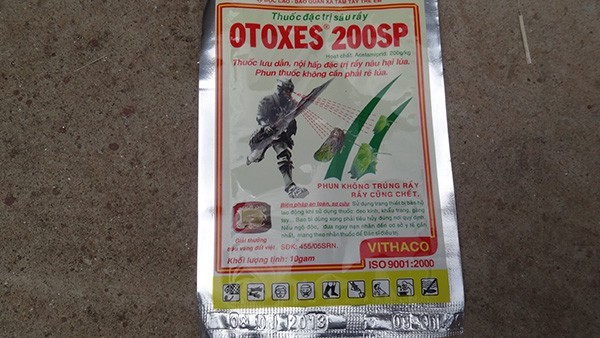