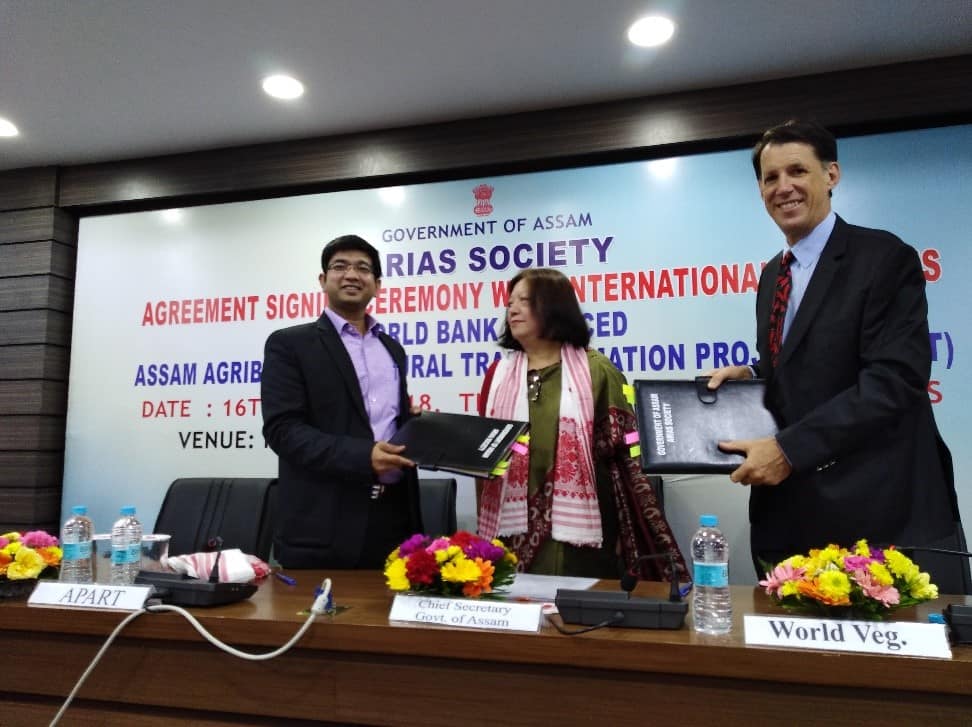 The Indian central government has set a goal of doubling farmer incomes by 2022, and WorldVeg will make a major contribution by participating in two new projects (collectively worth over $360 million) funded by the World Bank.

The Jharkhand Opportunities for Harnessing Rural Growth (JOHAR) and Assam Agribusiness and Rural Transformation (APART) projects were inaugurated in early March. Both aim to improve the livelihoods of 700,000 farmers in Jharkhand and Assam, two of India’s poorest states.

These are the largest-ever WorldVeg projects in India.  The five-year WorldVeg work plans for each are similar, allowing for good synergy between the projects, but each project is being implemented in different ways.

Participants in the inception workshop for the JOHAR project on 13-14 March 2018 planned the first year’s work program. The contract signing for the APART project on 16 March brought together all the implementing partners for the first time.

WorldVeg will provide the main technical support for the JOHAR Project, focusing on training staff of the implementing agency to train farmers to improve production of six targeted vegetable crops in the summer rainy season.  With an overall budget of $100 million, the project has the ambitious goal of benefiting 65,000 farmers in the first year.

“Vegetable production is seen to be the best way out of poverty for smallholders in India, and now the whole country is doing the same,” said World Bank representative Raj Shekar, in his address to workshop attendees. He emphasized the importance of improving both the quality and quantity of vegetable production to be able to compete in the national market.

The Assam Agribusiness and Rural Transformation (APART) Project, worth $260 million, aims at broad-based transformation of the agricultural sector in this impoverished northeast state.  In addition to WorldVeg, technical agricultural support is being provided by five other international centers including International Rice Research Institute (IRRI), International Livestock Research Institute (ILRI), WorldFish, the International Potato Center (CIP) and Wageningen University.  Their role is to strengthen Assam government institutions to better support long-term economic growth for farmers.  WorldVeg will focus on improving the production of five winter-growing vegetables and three legume crops.

WorldVeg South Asia Regional Director Warwick Easdown said that both projects would give a major boost to the training work of WorldVeg, and will require the appointment of 17 new staff members.  Work will focus on improving the quality and availability of vegetable seeds and seedlings, and promoting climate resilient Good Agricultural Practices—especially integrated pest management (IPM).  The JOHAR project will also promote improved postharvest practices, including the implementation of solar dryers and model packhouses. 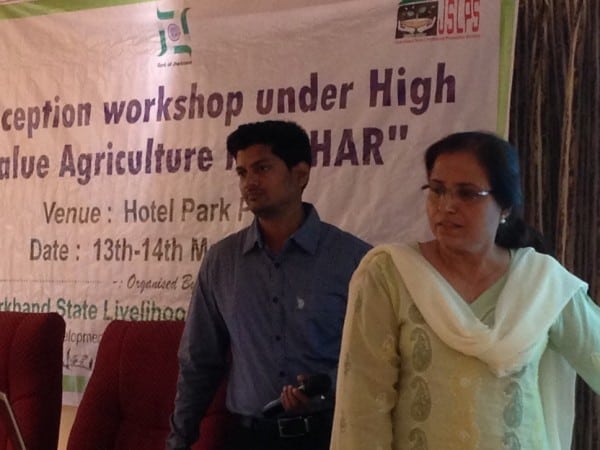 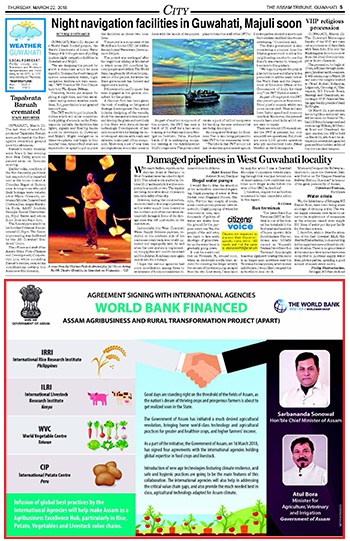 An announcement about the APART Project in the 22 March 2018 edition of the Assam Tribune.