This rapidly growing traditional vegetable gets a jump on many plant diseases. 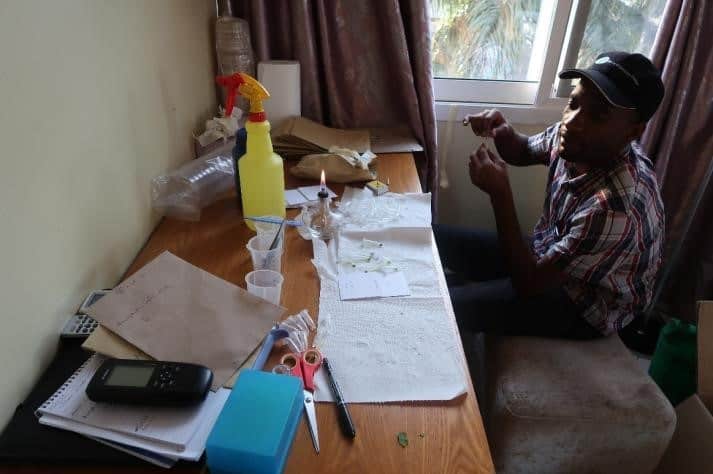 Raphael Mallogo and Elias Shem, colleagues and research assistants in plant protection at the Arusha office, assisted Wubetu by collecting and preparing samples from leaves, stems, roots and weevil-attacked plants. Leaf spot disease samples were transferred to FTA cards, and leaves with virus-like symptoms were dried using silica gel and preserved until further use. Fungi were isolated from the diseased stems, roots and weevil-attacked plants and cultures were maintained to be transferred onto FTA cards.

“Most farmers in Tanzania uproot a 21- to 30-day-old amaranth seedling for their own household consumption or for the market,” Wubetu said. “They grow the green, broad-leaved, dwarf and early maturing type of amaranth for this purpose, and use a lot of organic and urea fertilizer for promote rapid growth and bright green-colored leaves.”rusha district, some farmers sell amaranth seedlings directly from their fields, at the price of TZS 5,000 (about USD 2) for a 5 x 1 m plot.

Farmers in Kilimanjaro district were the exception to the uprooting practice. They harvested amaranth multiple times (about 20 times) from the same plants.

Damping off was the major disease observed in areas where farmers uproot amaranth at the seedling stage, but its effect on the general amaranth population is negligible. Amaranth’s rapid growth and the practice of uprooting mean the crop is not out in the field for very long, which reduces exposure to major pest and disease problems. 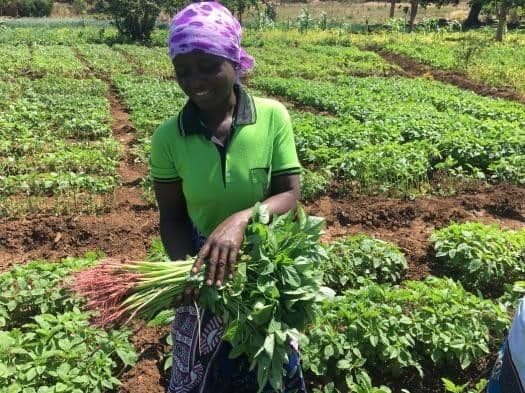 An amaranth farmer in Dodoma harvests her crop. 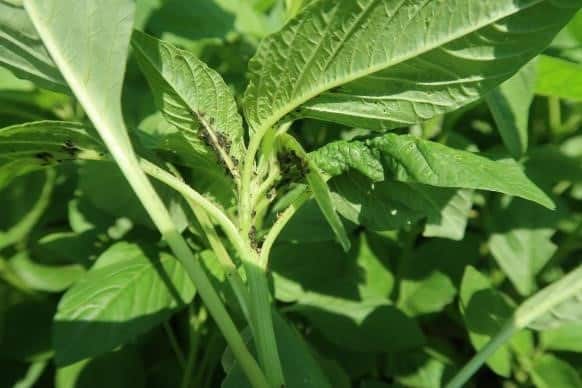 FTA cards are made of paper laced with a proprietary mixture of chemicals that lyse cells and stabilize nucleic acids on contact for long-term storage at room temperature. Plant tissues can be “printed” on the cards simply by pressing the material onto the sample spotting area. The cards can be stored in boxes, bags, drawers, or even sent through the mail. 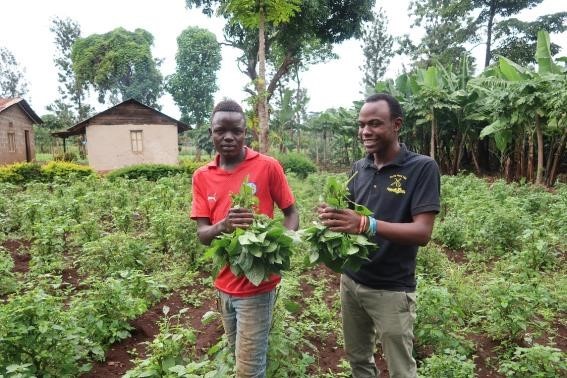 Elias Shem (right) with the son of an amaranth farmer. 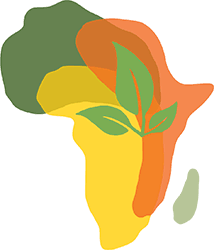 POWER ON YOUR PLATE: An All-Africa Summit on Diversifying Food Systems with African Traditional Vegetables to Increase Health, Nutrition and Wealth