Increasing the biodiversity and beauty of the WorldVeg Eastern and Southern Africa campus by planting fruit trees. 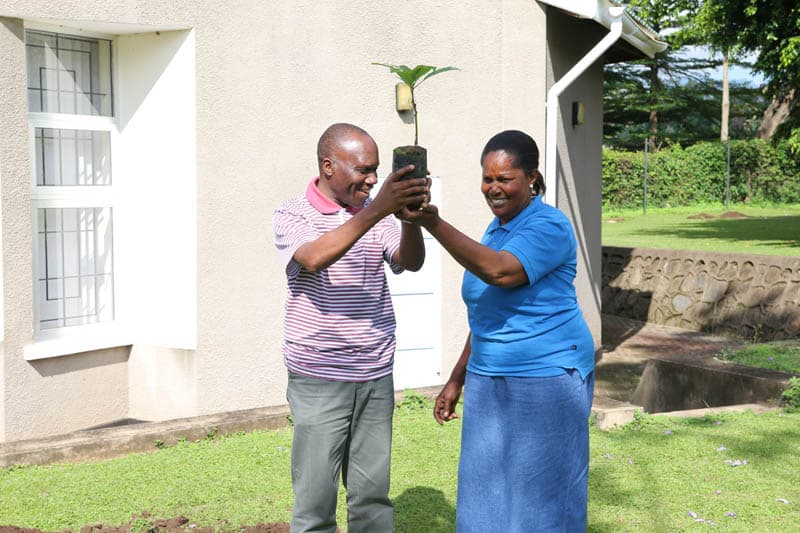 Mrs. Rogathe and Gabriel Rugalema. We have nicknamed this avocado seedling as the Rugalema tree!

The World Vegetable Center – Eastern and Southern Africa campus in Arusha, Tanzania is green thanks to ever-present vegetable field trials. However, vegetables have a short growing cycle and the greenness of the campus varies from season to season.

The Arusha team felt there was a need to plant perennial trees not only to beautify the campus, but also to increase biodiversity. “In the past we planted trees for the sake of planting,” said Legume Agronomist Ester Simfukwe. “This this time around we deliberately chose to plant various varieties of fruit trees.”

The tree-planting session marked the first 30 days of Regional Director Dr. Gabriel Rugalema’s arrival and assumption of duties. In a departure from past exercises, staff led the tree planting rather than management. It was a happy occasion, with short speeches from staff and plenty of good-natured banter and teamwork.

Colleagues expressed their support for Gabriel and encouraged him to continue with the changes he has initiated to make WorldVeg a center of excellence in vegetable R&D in the region. “We want our Center to be known, respected and a go-to institution at national and international levels!” they chanted in unison.

Currently, WorldVeg Eastern and Southern Africa is implementing a project on vegetables and fruits (Mboga na Matunda) and also hosting the Healthy Diets flagship program. However, the Eastern and Southern Africa campus is short of fruit trees! By planting fruit trees, the team hopes to reduce the gap between what they do out in the community and the composition and structure of vegetation on campus. Trees planted: Avocado (Persea americana), Custard apple (Annona squamosa), Peach (Prunus persica), Soursoup or Graviola (Annona muricata), Mulberry (Morus nigra), Madagascar nut (macadamia ternifolia), Artemisia (Artemisia arborescens) and Komamanga or Pomegranate (Punica granatum). 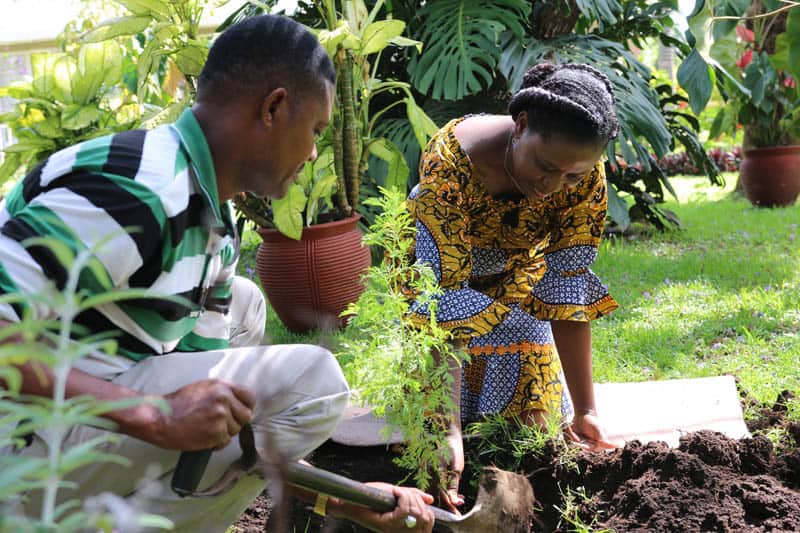 Nadine Kwazi, ESA Center Coordinator planted an Artemisia seedling — aptly nicknamed “Combat malaria!” “Zambia is one of the ESA countries and is afflicted by malaria,” Nadine said. “May this seedling grow into a tree of hope that reminds us to eat well and protect ourselves from nasty diseases such as malaria.” 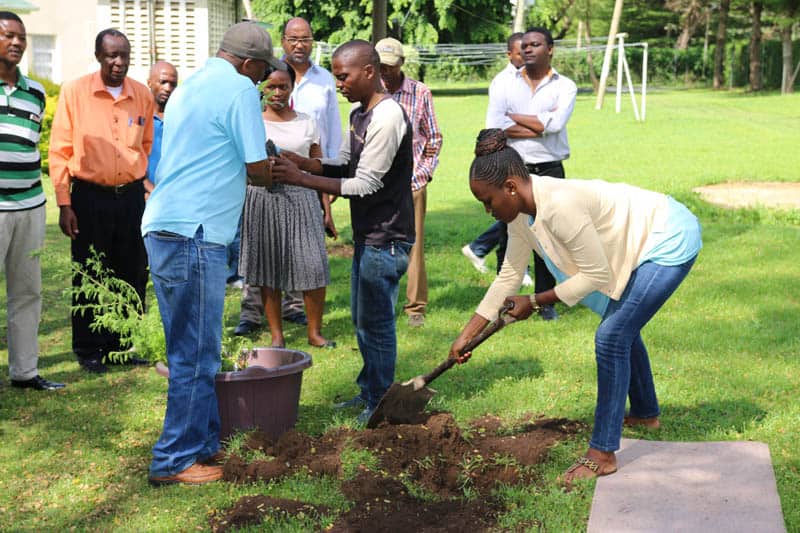 Digging a deep hole is important to get a tree off to a good start.