Increasing atmospheric temperatures will be detrimental for growth functions of various crop plants, more so in mungbean, for its increasing demand during spring/summer season in major growing regions in Northern parts of India. This necessitates broadening scope of mungbean adaptation to warmer climates. Hence, a study was conducted to evaluate high temperature effect on different mungbean lines for their vegetative and reproductive performances. Forty one mungbean lines were grown in containers under full irrigation condition in outdoors; screened for growth and yield traits at two sowing dates: (1) the normal sowing time (NS) in March, so that day/night temperatures during the reproductive stage were <40/28 °C, and (2) late-sown (LS) in April so that temperatures during the reproductive stage were higher (>40/28 °C). In LS plants, leaves showed symptoms of leaf rolling and scorching and chlorosis compared to NS plants. Adding to that, the phenology was accelerated, leading to a sizable reduction in leaf area, biomass, flowers and pods. Interestingly, shortening of flowering time and podding duration was evident that augment decreased pod and seed yields. Further, in LS plants, reproductive function was distinctly condensed in most of the lines, causing increased flower and pod abortions, implying, heat stress during the reproductive phase of late sown plants of mungbean was found to be injurious. A few promising heat-tolerant lines (EC693357, EC693358, EC693369, Harsha and ML1299) have been identified, which would not only serve as useful donor/s for breeding programs, also act suitable base plant source to gain more insights on heat stress induced effects in cell metabolism. 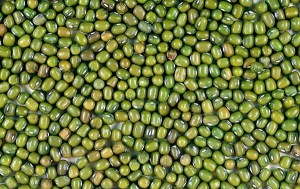