AVRDC and Kasetsart University renew partnership for the next 25 years

AVRDC – The World Vegetable Center and Kasetsart University’s (KU) productive, long-standing relationship was extended for another quarter-century when the two institutions signed a Memorandum of Understanding (MOU) on 15 February 2016. AVRDC is delighted to be hosted by the region’s most advanced agricultural university, and KU benefits from the link through opportunities to collaborate on international research and development projects and training initiatives.

KU’s Tropical Vegetable Research Center (TVRC) has worked closely with AVRDC and this relationship will continue to evolve under the leadership of TVRC’s recently appointed Director, Jingtair Siriphanich, who is supported by key management staff Orarat Mongkolporn, Julapark Chunwongse, and previous Director Sirikul Wasee. The collaborative potential between AVRDC and TVRC received critical support from the Chair of the KU Council, Viroch Impithuksa and the council members. Sincere thanks are also owed to Acting President Bancha Kwanyuen and Acting Vice President and Director of International Affairs Division Poonpipope Kasemsap and his team, including Achiraya Nunes Galante. Dr. Poon praised AVRDC East and Southeast Asia and Oceania Regional Director Fen Beed for his professionalism and patience in developing the MOU and achieving completion of this critically important agreement. Fen thanked Poon for his relentless determination to address KU’s requirements and to work towards a mutually beneficial understanding for the MOU. 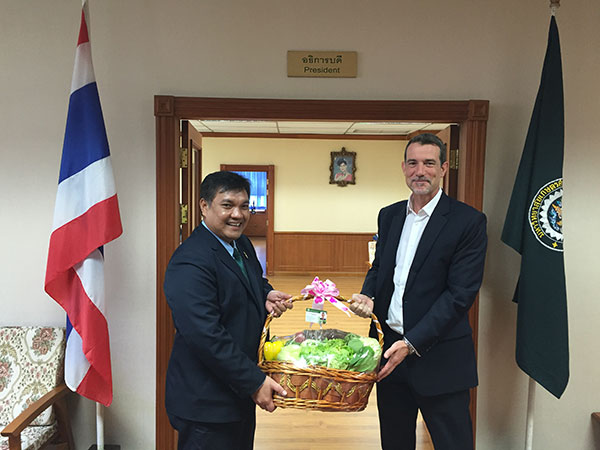 KU Acting President Chongrak Wachrinrat welcomed the MOU and invited AVRDC staff to support the university’s international research efforts and to enrich its teaching curricula. President Chongrak will join the AVRDC Board of Directors and meet outgoing Director General Dyno Keatinge and new DG Marco Wopereis at the next meeting in April 2016 at headquarters.

The Royal Thai Government was among the eight signatories to the 1971 charter establishing AVRDC as a nonprofit international scientific institution to assist developing countries in tropical Asia to improve vegetable production and marketing. In the 1980s, KU was designated to represent Thailand’s membership in AVRDC. This included selecting a representative for a seat on the Center’s Board of Directors to contribute to critical strategic decisions.

In the early 1990s, in response to a call for research collaboration from developing countries outside Asia, the Board decided to expand AVRDC’s activities worldwide by creating regional centers. In 1992, a regional office was established in Bangkok for AVRDC operations in Southeast Asia, and a Research and Training Station was set up on the KU Kamphaeng Saen campus. The arrangement has led to fruitful relationships between KU and AVRDC in cooperative research and development in vegetables, and to AVRDC’s contribution to the international community in vegetable research and development. Joint training activities have continued to gain international recognition, including the International Vegetable Training Course, which is now in its 35th year and has empowered nearly 1000 participants from 48 countries. Their effort is acknowledged with certificates signed by both AVRDC and KU. Joint research, such as recent studies of anthracnose resistance genes in chili and disease inoculation protocols, are attracting attention within the region and beyond.

The signing of the new MOU honors a valued long-term commitment between two esteemed organizations. Together, AVRDC and KU will continue to explore complementary advantages to reduce malnutrition and poverty through sustainable production and consumption of safe, affordable, nutritious and profitable vegetables. 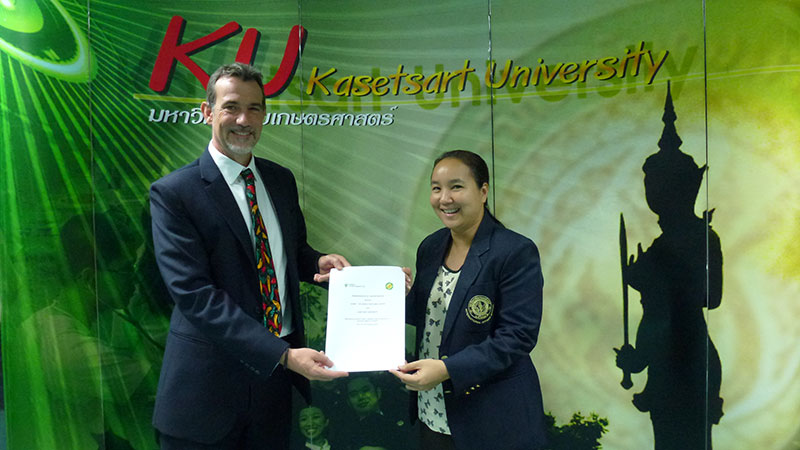 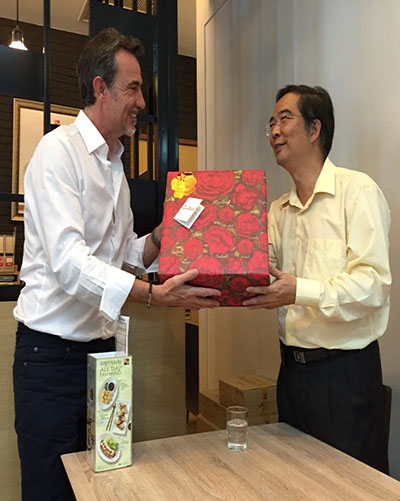