Traditional vegetables once provided a large proportion of the daily protein, vitamin and mineral intake in Papua New Guinea. As the country becomes integrated with the global economy, however, people are consuming more imported, processed foods and are eating more meat. Groups in PNG are working to promote consumption of traditional crops to improve nutrition and health.

“These are subsistence farmers, mostly producing for their own consumption, but when there is a surplus, the crops may be traded on the local market,” said Philmah. “Farmers have limited access to land and must rely on own local resources.” She helped farmers establish a garden at 9 Mile village together with community leader Henry Yalum. The idea is to use the garden to demonstrate best agricultural practices and train the farmers in pest identification and how to save seeds. Philmah has collected local varieties from around the country and now compares these with varieties from the World Vegetable Center. “So far these are preliminary trials, but the best varieties will go for more advanced trials, and in the end only the best ones will be promoted,” she said. Local children also are involved in the project and showed great enthusiasm in catching caterpillars for identification.

“In the garden, neem is used against insects,” said Clementine. “In many places, farmers sprayed chemicals without prior identification of the type of pest.” Clementine is currently working on the reference collection at NARI. She also identified pests in the germplasm evaluation plots of amaranth and black-berried nightshade at NARI’s Southern Regional Research Station.

Around 20 traditional vegetable crops have been listed based on consumer preferences. Slippery cabbage (aibika in PNG), pumpkin tips, amaranth and black-berried nightshade are among the favorites. Increased demand for traditional vegetables has the potential to contribute to higher incomes for growers and sellers, the majority of whom are women.

Producers were involved in discussions during the mid-term project review. “To access the market in Port Moresby, we need to use public transport, often with limited space and where the fresh produce may be damaged,” said Sally, a grower and member of the PNG Women in Agriculture Association. Sometimes she has to stay up until two in the morning to reach the morning market at Waterfront in Port Moresby. “Here I am a Bestie (local translation for middleman) with farmers who bring in their produce into the market and I like to defend my position,” she says with a smile. Growers in PNG say transportation and irrigation are the major constraints to producing more and better quality vegetables. 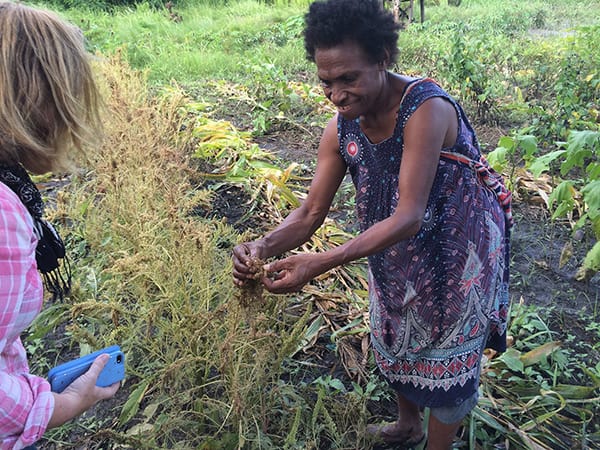 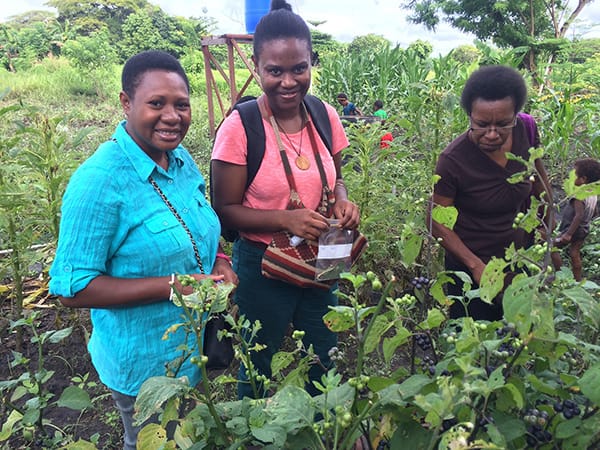 Collecting insects for identification in the community garden. 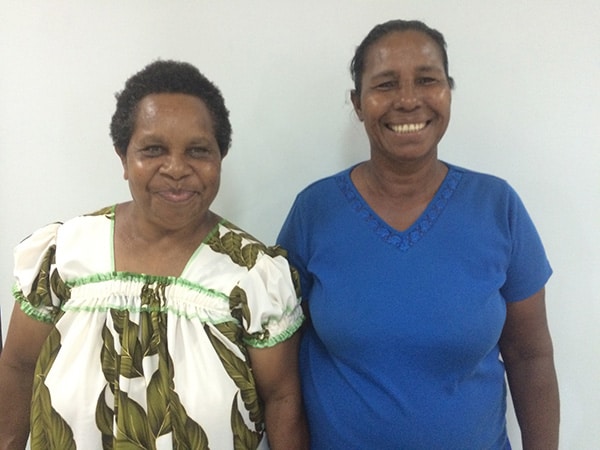 Women agriculturalists in Papua New Guinea are leading the revival of traditional vegetables.