Producing and saving seed in PNG

Increased demand and consumption of traditional vegetables in Papua New Guinea could contribute to higher incomes for growers and sellers, the majority of whom are women.

Food consumption patterns in urban areas have changed in recent decades in Papua New Guinea (PNG), with an increasing consumer preference for imported foods such as tinned meats, rice, flour, and tinned fish. Following this trend, micronutrient rich traditional foods from home gardens are increasingly being replaced by store bought foods in both rural and urban diets which are energy dense but nutritionally poor. Increasing availability and access to traditional vegetables can improve food and nutritional security, particularly for communities that are remote and isolated, and also for poor urban communities where access to affordable, nutritional food can be problematic. Traditional vegetables are superior in food value to globally popular vegetables with higher essential nutrients, and historically provided a large proportion of the daily protein, vitamin and mineral intake in the village diet in Papua New Guinea, such as aibika (Abelmoschus manihot), pumpkin tips (Cucurbita spp.), sweet potato leaves (Ipomoea batatas), rungia (Rungia klossii). Increased demand and consumption of traditional vegetables has the potential to contribute to higher potential incomes for growers and sellers, the majority of whom are women.

AVRDC is partnering with the Charles Darwin University (CDU) in Australia (project lead), the National Agricultural Research Institute (NARI), PNG Women in Agriculture for Development (PNGWiAD), World Vision International (WVI) and Fresh Produce Development Agency (FPDA) in PNG to implement an ACIAR-funded project on traditional vegetables. The overall aim of the project is to understand and increase the role of traditional vegetables for smallholder growers in both PNG and school and community gardens in the Northern Territory (NT), for more diversified incomes and improved livelihoods. Focus areas of the project are Bougainville, peri-urban Port Moresby with Lae and Port Moresby as potential sites for horticultural field trials. The NT component will trial cultivating aibika in school food gardens with a nutritional education focus, starting in urban Darwin and extending out to schools in remote indigenous communities.

This year, El Nino-driven drought and frosts in the normally tropical highlands in Papua New Guinea have brought Tasmania-like weather to the Enga province according to a regional administrator. Hundreds of villages were found to face months without food from local gardens after being destroyed by frosts. The worst frost to hit the province in 40 years has directly affected 300,000 people. In the affected areas all food produce d in the gardens was lost.

On the fourth month of the dry spell, people in the East New Britain province have no choice but to go back to the Warongoi River, as all reliable water sources have dried up. The water of the Warongoi River has most likely been contaminated by a cyanide spill at the nearby Sinivit, or Wild Dog, mine site. Schools are looking to the possibility of suspension for a while because even water for cooking is a problem, drinking water is a problem, people are even rationing mineral water in shops.

With the lost crops and the on-going drought people have lost not only their food sources, but also their source of seed for the next cropping season.

Apart from this year’s emergency situation, availability and accessibility of quality seeds have been identified as main constraints by farmers and local organizations in pursuing sustainable vegetable productions systems in Papua New Guinea. PNG is among a number of countries worldwide where species diversity is under high threat of extinction.

To enhance seed security in PNG and to enhance availability of good quality seed of traditional vegetable crops, produced by the farmers themselves, AVRDC conducted in September 2015 a Training of Trainers on “Producing and Saving your Own Vegetable Seeds”, held at the Laloki Southern Regional Center near Port Morersby. The training course aimed to enhance the knowledge and skills of the participants on various aspects of producing and maintaining high quality vegetable seeds, with a special focus on traditional vegetable crops. The course covered aspects of seed quality during production, post-harvest processing and storage. The management of community seedbanks was also dealt with.

The training of 20 key staff from the Fresh Produce Development Agency, World Vision International, PNGWiAD, the National Volunteer Service, the City Mission, Childfund, the Correction Institute Service, NARI, the Department of Agriculture from the Central Province enabled the participants to: 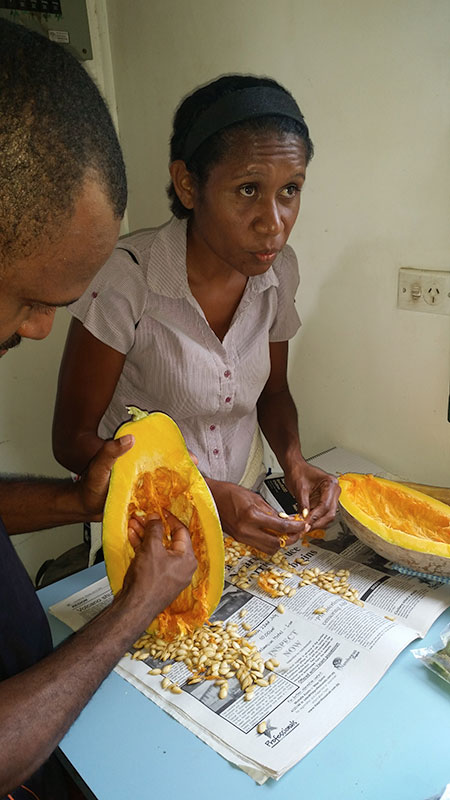 Collecting seed can be a messy but rewarding activity! 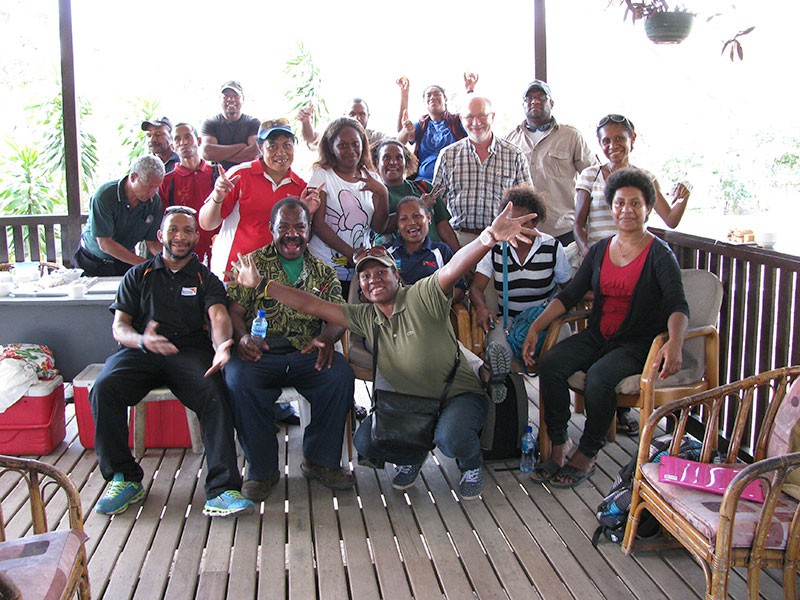 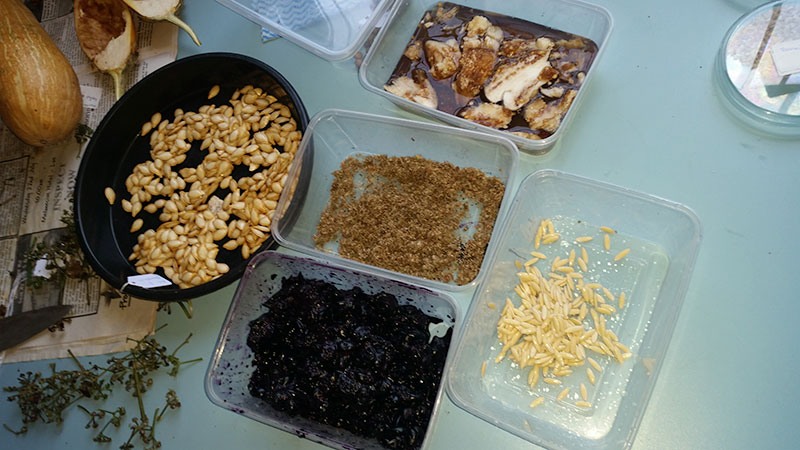 Saving seed is an essential skill for small-scale farmers in PNG.