How to produce the best dried vegetables

Short growing seasons limit the availability of vegetables in many locations in Africa and Asia. The World Vegetable Center is tackling this problem by promoting consumption of dried vegetables when fresh vegetables are in short supply.

To improve the quality and availability of dried vegetables, the Amsterdam Initiative against Malnutrition, a project funded by the Netherlands government, provides support to train producers on how to dry vegetables using efficient solar dryers. As part of the project, WorldVeg trained 12 trainers who will go on to train groups and producers in four regions of Tanzania. The trainers—agricultural extension officers from government development organizations and farmers’ associations in northern Tanzania—participated in a course in January 2017 at the WorldVeg Eastern and Southern Africa campus in Arusha, Tanzania, where they learned how to build the improved solar dryers being developed by the project with guidance from WorldVeg Postharvest Scientist Roman Fortunatus. Postharvest Research Associate Roseline Marealle explained how to properly wash, blanch, trim, chop and slice fresh vegetables to produce higher quality dried vegetables. The participants also received seed kits of vegetable crops suitable for solar drying from WorldVeg Regional Genebank Manager Tsvetelina Stoilova. 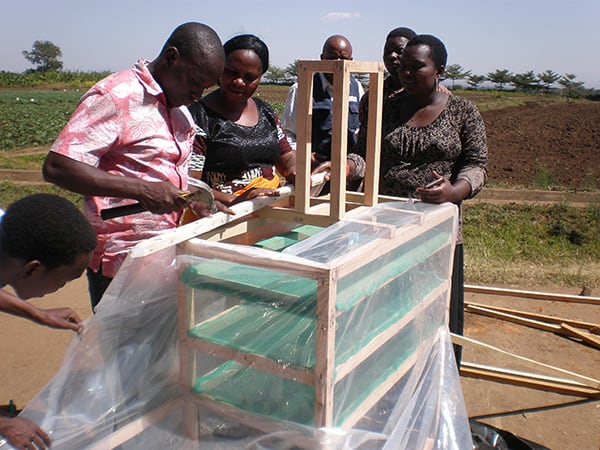 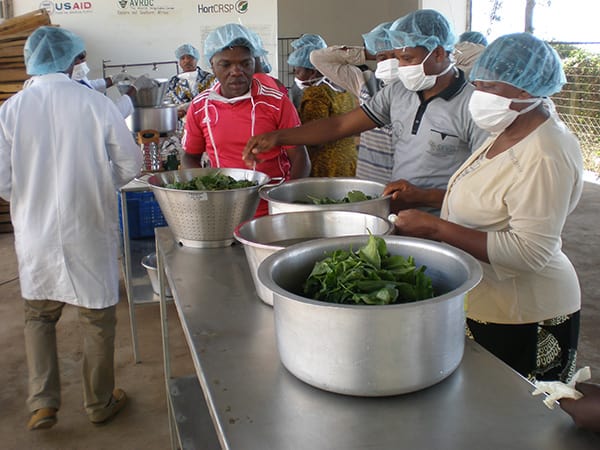 Blanching vegetables prior to drying helps to retain color and nutrients.